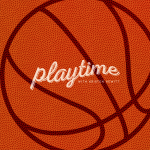 It spread like wildfire, Britt McHenry an ESPN reporter caught on video saying some extremely unsavory things to a parking employee. The situation was clearly heated on both sides, and Britt was warned she was being recorded, but the television personality continued her tirade. I was involved in a Twitter debate this morning about her situation and suspension, and Read Post